We began frequenting Portland, Oregon because there are awesome cycling road races such as the Mt. Hood Cycling Classic that hail from this area. So where do you go when you need to fill yourself up in between stage races? Well, you go eat, so here are a few of my favorite places to chow down in Portland:

Bombay Cricket Club – It’s a small restaurant that packs a huge punch of flavor. I love fresh naan, which goes with absolutely anything on the menu. I’d recommend the hummus as a starter, then move on any of the curries (I like my peas, so my usual go to is the mutter paneer). And for those who want a good drink, there was a mango alcoholic drink that both Jason and our brother Tom had multiples of at dinner.

Gravy – There’s a reason why this restaurant is rated four stars with over 400 reviews on Yelp. Your breakfast will be so large and heavy that you won’t be hungry until dinner. We’ve tried everything from the oatmeal burlee with bananas and fry cakes to the biscuits and gravy. The coffee flows endlessly and I’ve been told that the house made hot sauce is killer. Be sure to show up early, because the wait can get long.

Ken’s Artisan Bakery – I’m a bit biased – I still think that the bread from Tartine (San Francisco, CA) and the ones Jason bakes are my favorite. But since Travel+Leisure put Ken’s on their America’s best bakeries list, I had to pay Ken’s a visit. Jason and Tom tell me that they had a good ham and cheese croissant and I liked their over sized hazelnut macaron, but my favorite was the Oregon Croissant – blueberries, marionberries, and hazelnut cream wrapped in croissant dough.

Stumptown Coffee Roasters – There’s a reason why Jason has multiple cups of hand poured Stumptown coffee each day we are in Portland. It is absolutely wonderful – they roast coffee on-site, has a knowledgeable staff, amazing coffee and a great history. In addition to the coffee, they also do pretty darn good with the pastries (as seen missing in this picture – a solid sign that it was delicious!) and have recently added a cold brew as well. 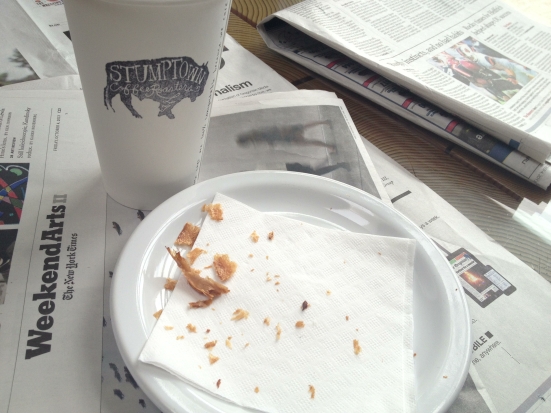 The Meadow – I used to prefer milk chocolate above all, but recently have acquired a taste for dark chocolate – richer in flavor, less sweet and less calories. Who wouldn’t want those tradeoffs? We stumbled upon a store that specializes in gourmet salts and chocolates. They are also big on the local chocolates, so be sure to pick up a variety and have your own taste off competition! Here’s a picture of their chocolate bar wall – heaven. 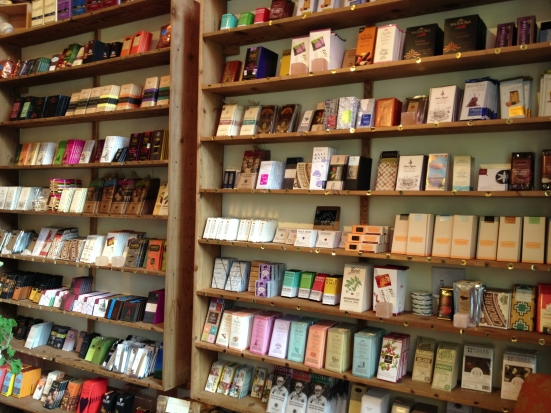